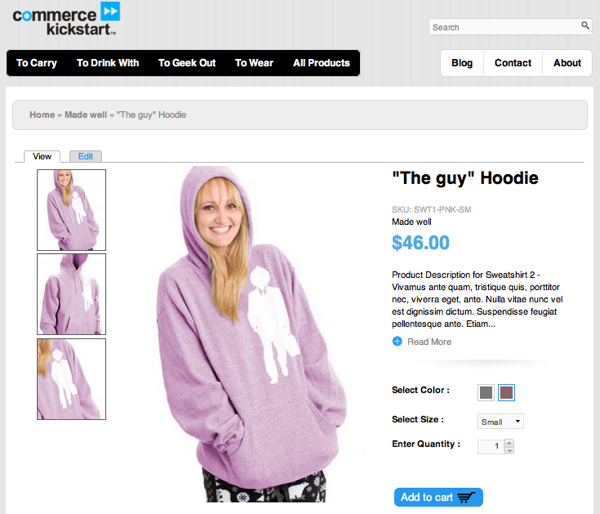 Today we released Beta 1: You can get 7.x-2.0-beta1 from the list of releases on the Commerce Kickstart project page, or see a full list of packaging options and release notes from the release page. With DrupalCon Munich only about ten days away, I want you to know how much has happened in the last month... and will drop a few hints about what we’ll have at DrupalCon.

Commerce Kickstart is off to a running start

But first, some statistics. Even though it’s only been available in -dev and -alpha versions, over 250 sites are using Commerce Kickstart 2 already. To me, that’s a sign that we’re on to something big. In addition, we’ve made over 450 commits to the project, and closed over 250 issues since starting work on the 2.x branch. So what’s changed? First, we’ve further streamlined the installation process so you can make a lot of decisions up front, and ultimately save time building stores. Take a look: 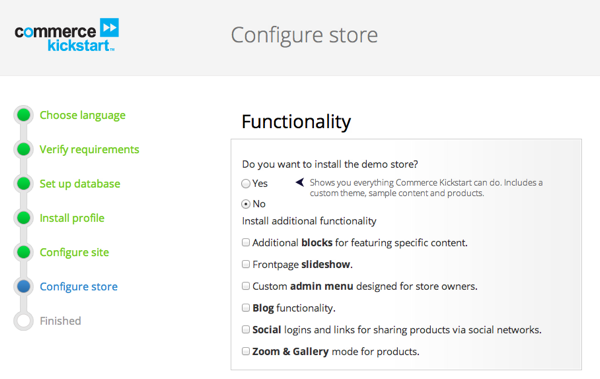 Mike Anello raved about it on the latest DrupalEasy podcast, saying “I was blown away... It's probably the nicest installer I've seen on a Drupal distribution to date”. The installer is just one example of user interface changes to make Drupal Commerce sites better for both customers and administrators. Here’s another: The Orders page now lets you search on a variety of criteria, and perform bulk operations on the found set.

Along those lines, we’ve engaged Jake Strawn to create a new Drupal Commerce-optimized base theme that is powered by his responsive Omega theme. The result is a site that looks as good (and works as well) on mobile devices as it does on a traditional computer. 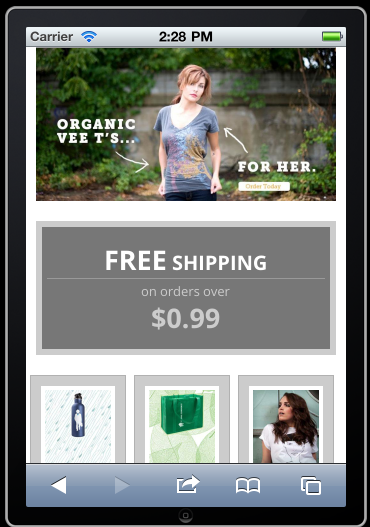 This is an incredibly busy time for us. First, we’re hoping to have a Release Candidate (RC) available at DrupalCon... and I think we’ll make it. Second, we’re going to announce something that means opportunity to everyone who develops sites using Commerce Kickstart, or who’s created a service or technology that works well with it. We’ll be actively seeking partners, so be sure to stop by the booth and see what we have. I look forward to seeing you there!

I've looked at all commerce kickstart pages and haven't been able to find any information on the upgrade path from 1.x to 2.x. I believe it should be a pretty important aspect of all these anouncements about 2.x... any hints?

There won't be any upgrade path, Kickstart is a distribution for new sites.
An existing site has many assumptions that we wouldn't know how to "upgrade".
You will be able to install the Kickstart v2 modules & themes separately, which would give you all of the big features such as the product / order management, dashboard, omega kickstart theme, etc.
There will be a blog post about that after DrupalCon Munich and a released Release Candidate.

I have been trying out alot of stuff with commerce kickstart. At a glance, this very interesting. Thumbs up for the team. Nice job

Saves me a ton of time. Thanks Guys! Great distribution and theme. I will built an ecommerce site for a client with this distro. Maybe I am allowed to write a case study once finished and share the story how neat this package is.

I am also planning to design ready made shops based off Commerce Kickstart once it's stable released. Hope small clients will love it more than shopify and some other solutions out there.

As with all other Drupal projects, development of Commerce Kickstart happens in the issue queue.

You have a problem with how xdebug is setup. Either disable the extension or reconfigure it.

thank you for all the hard work !
could you please make the shipping non-mandatory in the modules & features depencies,
or simply put, make it an option during the install ?

for selling services or files no shipping is better :)

Commerce Kickstart aims to optimize the use case of selling physical products (though the initial V2 release won't have more than shipping in that regard), so Shipping will always be enabled by default after install.

That said, I will look into making it easier to disable Shipping, and make sure that gets documented.

If anyone is developing in Commerce, they should go through a training session like this
- Michael Tucker, Owner, Bluespark Labs
Request a
Quote
Download
Drupal Commerce
Drupal Commerce
Live Sites 62,929
Downloads 2,230,156