Drupal core has two initiatives that are helping modernize our platform and make it easier to work with. There is the API-First Initiative and the proposed JavaScript Framework Initiative. While separate, these two initiatives have a big and somewhat overlapping impact. Together they will make Drupal an even greater eCommerce platform and allow us to do more amazing things with Drupal Commerce.

What is API-First, and why should it matter? 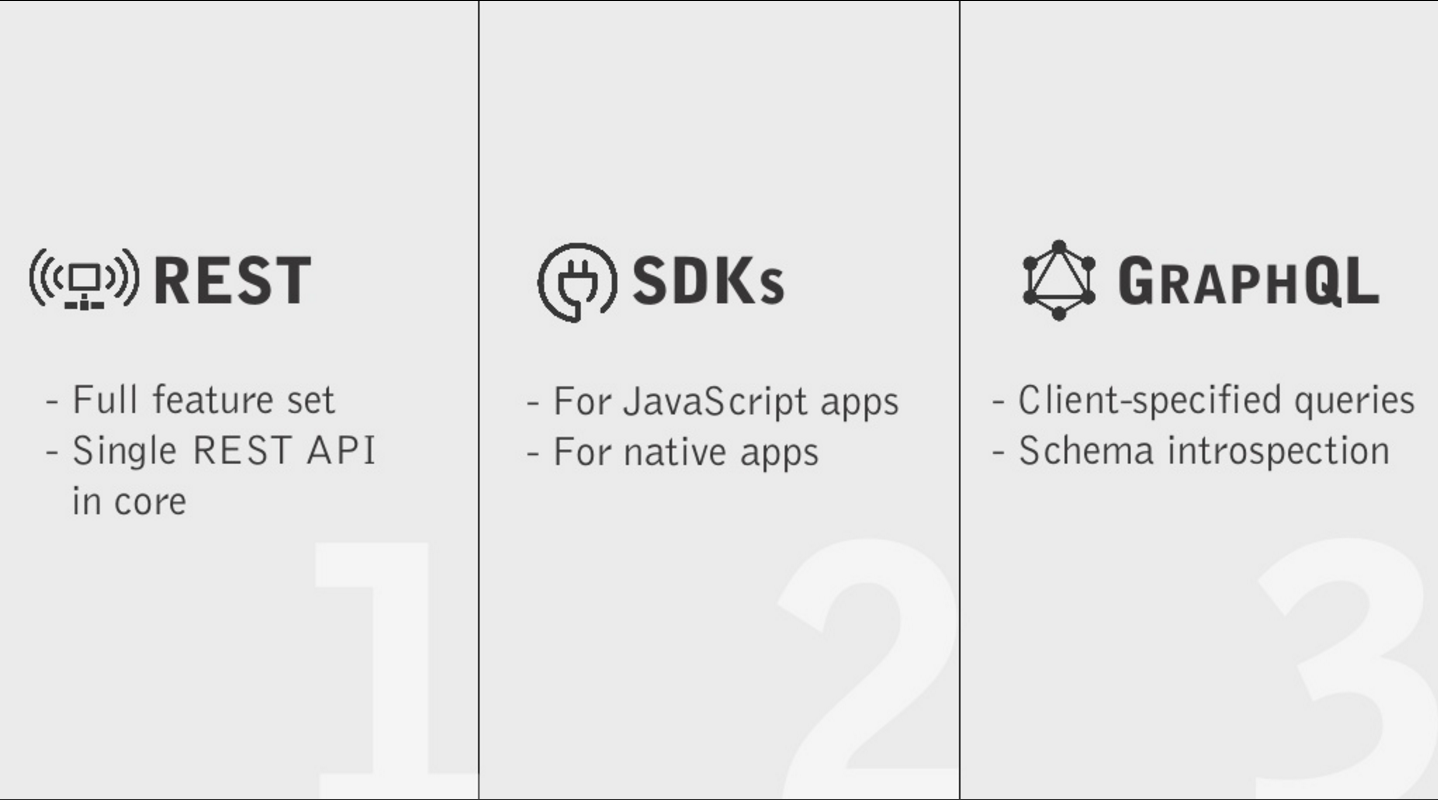 The initiative has a simple purpose: make it easy for the data managed by Drupal to be consumed anywhere. A common need driving the initiative is the usage of Drupal with a decoupled frontend — i.e. where a JavaScript library or mobile app is rendering content from Drupal but Drupal itself has no part in the render process.

We have our own hot buzzword in the eCommerce realm: omnichannel. What does omnichannel mean? Well, it’s this idea you’re selling anywhere and everywhere. Your products are controlled in one location and appear on Amazon, Walmart.com Marketplace, Google Merchant Seller, custom mobile apps, in-store kiosks, etc. You manage your products in Drupal and push the relevant data out. The API-First initiative will make it easier to integrate with these kinds of services.

It also expands what Drupal Commerce can be, beyond just a full-stack store. In one recent case study, Running a Billion Dollar Business on Drupal Commerce, Drupal Commerce was used in a micro-service architecture. Drupal Commerce has the data model act as a product information manager, inventory management, an order workflow manager, and more — all the components you expect out of an ERP and tools Drupal Commerce users generally already use. The API-First initiative can make it easier to interface with Drupal and allow Drupal Commerce to serve in these capacities.

Square's pitch is pretty straightforward: accept payments anywhere, no coding required. They nailed this first through their simple phone based card readers and their slick in-store tablet interface. They also made it easy to process all major credit cards, guaranteeing deposits as soon as the next business day.

If you are thinking about building something on Drupal 8, or maybe you saw the the recent television interview with our CEO Frederic Plais on France’s BFM Business channel, then here is what some of the hype is all about

The Symfony Live events of this Fall (London, Berlin, NYC, Madrid) are around the corner, and for the first year, Commerce Guys is going to attend these events as a sponsor. Some people are wondering why, and I’d like to explain why Commerce Guys is very excited to engage with the Symfony community and its open source software vendor, SensioLabs.

In fact, there are 3 main reasons for Commerce Guys’ interest in Symfony and working tightly with SensioLabs: